A downloadable game for Windows

You play as one of the tourists tripping along Arizona along with your friends. In the middle of the night, your friend named Chad left his tent and went deep into the forest, without telling where he was going. Try to find him, but remember that this Arizona forest is shrouded in myths, some of which may turn out to be true.

i can barely see anything

Short game, but love the setting and the sound effects. Only complaint was that it was too dark the field of view was a bit too far in my opinion. But overall nice game!

as seems to be the general consensus. the game is too dark, the sounds are good but since you can't see what's happening most of the impact is lost

Pros and cons are down below. Check out my vid (the game is the first there):

1. I like the style: 2d with fish-eye effect or something like that. You are walking in the forest and Siren Head attacks. Still, the game feels unique in the way the concept is realized.

2. The sound design is cool. I think sound design for a Siren Head character is very important, so well done. I like that you used different sound ques for him.

1. It's hard to see anything in the game. I had to put the brightness waaay higher for the video, but it would be nice if the game would be brighter itself. It looks even nicer if it's a bit brighter.

2. I don't know about the ending, maybe I didn't reach it but at some point the game just closed itself so I decided that it was the end. If it wasn't maybe consider a different mechanic instead of closing game window. If that was the end, I would like to see a better one. A jumpscare would do better and it's not that hard to add.

I enjoyed the game but it needs a bit more polish. Still there are some moments that I like =, so I will rate it 4/5, because it's unfair to forget of the advantages because of how dark the game is.

Hope my feedback was useful!

the game is great, but is bit too dark

I must of messed up. Nothing happened.

bit too dark if you ask me

Is there a point where the game just closes? Is that planned or did I just die? I got past the part where he was just standing there, and then rushes you, before disappearing. It would be the second encounter I suppose. Then a little bit later I heard the siren again but then the loud beep that sounded when he rushed me played, and the game closed. If that was the end, verrrry well made game. Flashlight could've been a bit brighter, as well as made the flickering less frequent. it kept going dark and I would have to repeatedly spam right click to get it working again. All in all, well done. Very atmospheric.

Cool game! It was very dark! Overall I enjoyed the suspense!

Reply
The Orange Ranger1 year ago

I tried. But it was so dark for so long that my screen just went black. It stayed that way until I started over.

flashlight will fix it

Reply
The Orange Ranger1 year ago

That's just it. I had my flashlight on. I knew the mechanics of it, but used it as carefully as I could. The only way it reset was by pressing space.

i'm having a problem loading the game. When I click start a window pops up and says code error, something about vertex shaders or something

I checked out your game and is there a way to get away from siren head or do you just die ?

Yeah, u must point a flashlight on it

Creepy and Scary. The flashlight could have been a little brighter, its really hard to see. But all in all its a good game!

Thank you for your feedback! 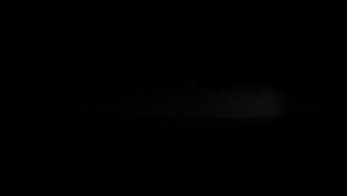 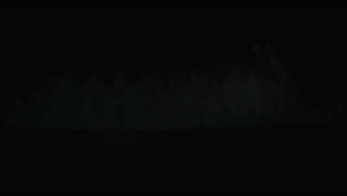